The store will not work correctly in the case when cookies are disabled.
Меню
Учётная запись
Настройки
Язык
Русский 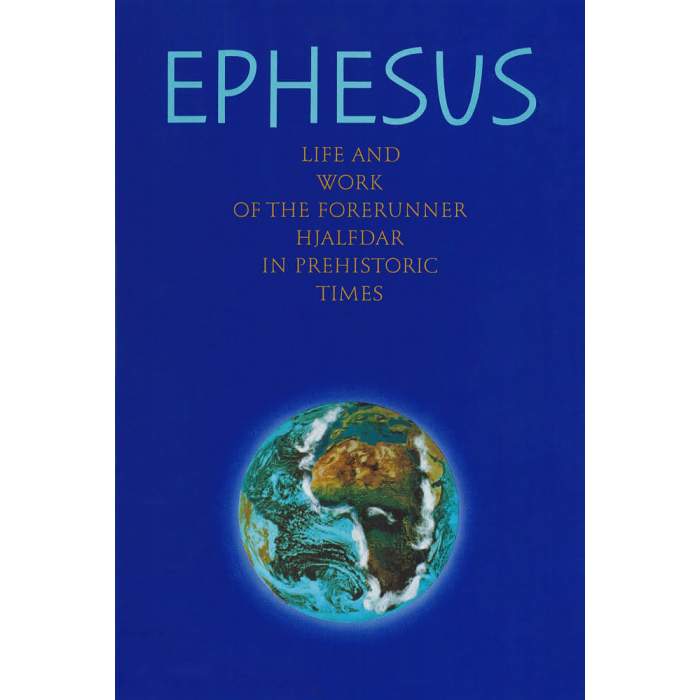 This was the task of the Forerunners:
Hjalfdar in prehistoric times
Zoroaster in Iran
Lao-tse in China
Buddha in India
Mohammed in Arabia

Their teachings were long ago willed by God, exactly adapted to their peoples and countries, and formed according to their spiritual maturity at the time.
These writings about the destinies of these Forerunners show clearly, free from prejudices and distortions, their earth-lives, their growing and working in the service of the Light, and their feirce inner struggles just as they were; for the time has come when in the closing of the cycle of all happenings they bear witness to the Word of Truth which has ever again been distorted by mankind.
The unprejudiced reader will perceive how new spiritual paths open up here for him personally.

A shining figure stood tall and erect on a knoll near the murmuring forests. Was it an animistic being or a human being who scanned the distance with watchful eyes?

A little spring, fresh and bubbling, rippled quietly at his feet, which were covered with soft, fine, all but hairless leather. The almost unclad figure, wearing only a light, shaggy fur slung over shoulders and loins, appeared luminously white. The arms were muscular and strong, but just as white as the neck which contrasted with the shaggy fur. Ash-blond, thick curly hair, held back by a white leather band, fell to the shoulders. A large horn hung from a belt made of shells.

The fluctuating light-movements brought constant change over the landscape; occasionally also lighting up the bright, fearless countenance of the motionless listener.

Suddenly a herd of gazelles bounded lightly out of the shade of the trees. Instantly the man grasped his spear, which was tipped with an intricately-cut shell.

A powerful throw, and the leader of the herd fell to the ground.

Running swiftly, the fair-haired man sped across the rolling ground that separated him from his quarry. First of all he investigated whether the animal was dead, so that it should not suffer needlessly.

He tied the legs of the slender gazelle together with tough animal gut, and swung it on to his strong shoulder. Then he set off across-country with long springy strides, over the soft, damp, silvery-blue shimmering moss.

Beyond the wood he climbed a hill. No road anywhere, scarcely a narrow path, yet he did not lose his bearings.

In the distance large herds of big black, horned animals moved into the thicker woods. Now and then their roaring reached the ear of the quiet, thoughtful wanderer. These animals moving inland with their cows and calves must be enormous. They were returning from their watering-place.

When the wanderer had reached the highest point of the far-stretching hill, he looked down into a wide basin. It was like the crater of an extinct, underground volcano. The heavenly light flitted brightly also over this place, which the luminous helpers had given to the small band of human beings for a home.

Bright, whitely-shimmering mounds greeted him from below. In one of the small dwellings glowed the fire of his hearth, the thin smoke curling through the opening in the roof. Holda was still awake, waiting to prepare his meal.

When he thought of Holda, a smile passed over the stern, beautiful face. It was fearless, the radiant head held high and proud. Free and simple, pure and clear was the gaze of the blue eyes. Sometimes they were bright and filled with radiance, and again dark and unfathomable, like the waves of the sea. In them was reflected, simple and full of vigilance, the pure spirit which had learned to receive the gifts of God unburdened.

Deep gratitude filled him as he thought of the wife who awaited him, and also of the gifts from the Light-Father’s Hand which elemental beings showed them, that they might make use of them. He saw all the elemental beings, he loved them and spoke to them, not with the voice of his mouth, but with the happiness and the sorrow, the gratitude and the anxiety of his heart, and they understood and listened, and answered in their own way.

Thus he turned the pages of a light-pervaded book that was not bound or written by the hand of man. He read in the Book of Life, which the elemental beings showed him and whose language he understood. In the gifts of Nature he recognised the Word of God.

He who experienced this was John, who had entered the material substance of the earth for the first time, and who bore the earthly name “Hjalfdar”.